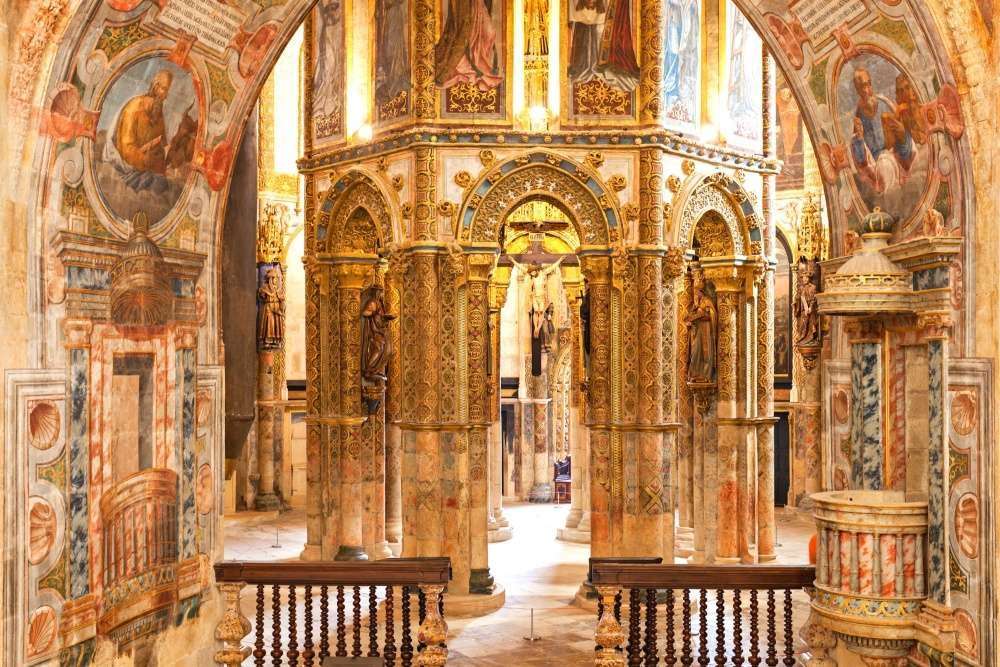 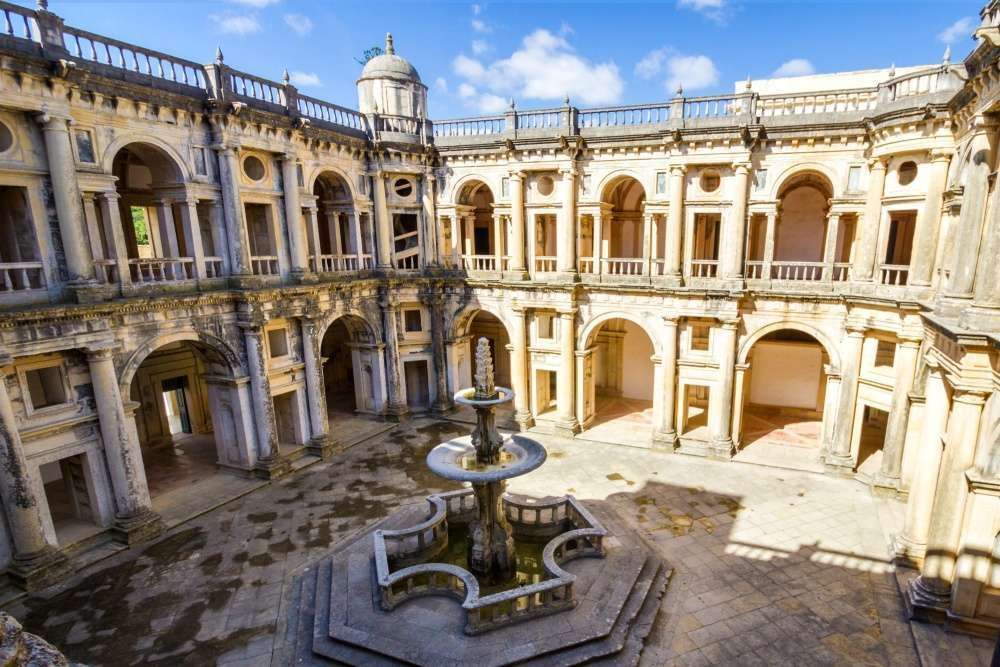 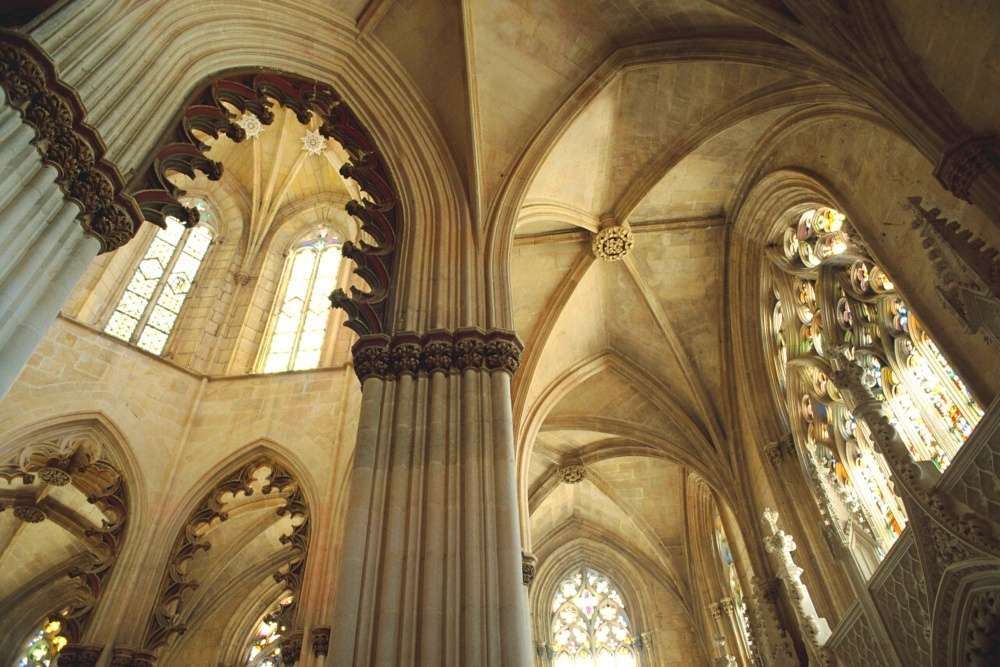 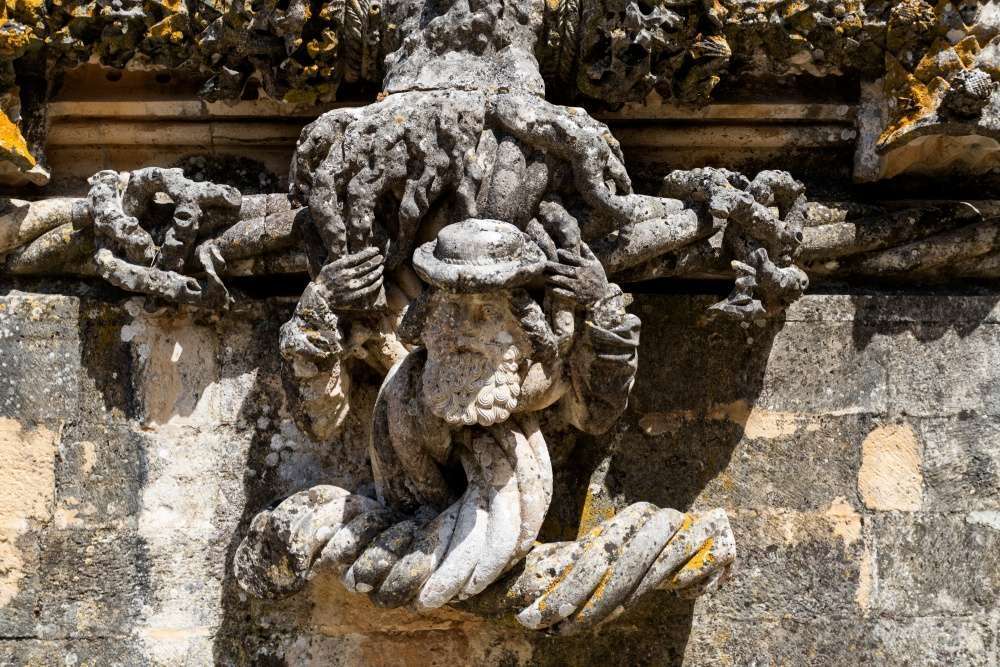 Discover Tomar, Batalha and Alcobaça on a small-group tour from Lisbon with guide.

Enjoy a guided visit inside the most emblematic monasteries in Portugal.

Be seduced by the mysteries of the Knights Templar at the Convent of Christ, in Tomar.

Meet your guide at your hotel in Lisbon, where you will be picked up to begin your small-group tour to three world heritage monasteries in Portugal. At this unique itinerary, you will enjoy guided visits inside the Convent of Christ (Tomar), the Monastery of Batalha and the Monastery of Alcobaça.

While heading north (1:30hr trip), immerse yourself in the world of the Knights Templar. Once you get to Tomar, you will be guided in the Convent of Christ, founded by the Templar Knights at the 12th century and UNESCO World Heritage site since 1983.

You will then continue to Batalha town and, after stopping 1 hour for lunch, visit the 14th century Monastery of Batalha, listed by UNESCO as World Heritage in 1983. There, a highly original, national Gothic style evolved, profoundly influenced by Manueline art.

After, we will visit the Monastery of Alcobaça, founded in the 12th century. For its size, purity of architectural style, beauty of materials and the care with which it was built, this masterpiece of Cistercian Gothic art was listed as World Heritage in 1989.

Your tour to the World Heritage portuguese monasteries will end with a return to your hotel in Lisbon.

Architectural complex located in the city of Tomar, Portugal, that includes diverse buildings, standing out the Templar Charole, the Renaissance cloister and the Manueline window. The largest monumental area in Portugal, with more than 54 000m2 (around 581 251ft²), it's classified as a UNESCO World Heritage Site since 1983.

Built by some of the most important architects working in Portugal, the construction took centuries and it's linked to the early days of the kingdom of Portugal and the role of the Templar Order, the legendary knights that defended faith with sword. Founded in 1118, in Palestine, the Templars were the first military order in history.

The Convent of Christ still retains memories of those knight-monks. Unique landmark of their presence in the Iberian Peninsula, the templar castle is a vanguard work of medieval military architecture. The architecture of the famous Charole, with an octagonal centered plan, is inspired by the temples of Jerusalem.

Forty five years after the extinction of the Order of the Templars (as a result of its persecution by the French king Philip IV, the Fair) the castle became the headquarter of the Order of Christ, created in its place, in Portugal.

With King Manuel I (1495 and 1521), holder of immense power spread all over the world, the convent hosted important works of expansion and improvement. A new decorative language, the Manueline style, was introduced, celebrating the Portuguese maritime discoveries, the mystique of the Order of Christ and the Crown in a great manifestation of power and faith. The Window of the Chapter Room, enigmatic and deeply symbolic, is its greatest example.

World Heritage since 1983, the Holy Mary of Victory Monastery, better known as Batalha Monastery, it's a masterpiece of the Portuguese Gothic. Built over two centuries (1386 to 1563), during the reign of seven kings, took a large team of high level masons, both domestic and foreign. It was here the Manueline style took its first steps.

Located in the village of Batalha, the imposing Dominican monastery stands out for its monumentality and the exterior lacy stone. It was a project to legitimize a new dynasty, the Avis dynasty, hence the dimension of the work, sign of royal power and autonomy of the kingdom.

Ordered to build in 1386, by king João I, it was a thanks to the Virgin Mary for the victory against the Castilian in the Battle of Aljubarrota. Decisive event for the consolidation of the Portuguese nation, the battle took place at August 14, 1385, eve of the Assumption of the Virgin Day.

The victory put an end to a dynastic crisis that started in 1383, when king Fernando died, whose only daughter was married to the king of Castile, a pretender to the throne of Portugal.

During its history, three dramatic events affected deeply the monastery - the 1755 Great Earthquake, the Third French Invasion (1810) and the extinction of religious orders in Portugal (1834). Currently, the complex includes not only a church, but two cloisters (both with attached rooms) and two royal pantheons - the Founder's Chapel and the Unfinished Chapels.

Classified as a World Heritage Site by UNESCO in 1989, the Abbey of Holy Mary of Alcobaça, main house of the Cistercian Order in Portugal, it's the first fully Gothic work built up in Portugal. Taking as inspiration the Abbey of Clairvaux (in France), their headquarters, the Alcobaça Monastery stands out for its purity of architectural style and size, thanks to a continued policy of royal protection.

It all started with a donation of the lands of Alcobaça to Bernard of Clairvaux (later St. Bernard) and the Cistercian Order by the first king of Portugal, Afonso Henriques. Construction began in 1178 (inhabited from 1222) and was built in a Primitive Gothic style.

The church architecture was the mirror of the Benedictine rule in the pursuit of modesty, isolation from the world and service to God. The Cistercian religious, known as white monks, lived off their work and did not accumulate wealth. The first monks in Alcobaça had a notable civilizing action of assistance and charity through the pharmacy and of bread and alms distribution at the entrance.

The monastery also houses the tombs of king Pedro I (1320-1367) and Inês de Castro (1320-1355), the greatest love story in the History of Portugal. Dating from the 14th century, and considered masterpieces of European tomb sculpture, the tombs of the two lovers give a great significance and splendor to the church, feet with feet, so they can meet again at Resurrection Day.

A+ to three trips in one!

"Well organized and well run tour. We had a perfect amount of time at each site. Our tour guide Sandra was terrific! Congenial, very informative and passionate about Knights Templar like us. She helped us pack a lot into a great day! All three destinations were beautiful and interesting, but the memory of the convent of Tomar will last a lifetime. Thanks Sandra and No Map Tours!"
Michael (NYC, US) Mar 2022

"Our tour guide Sandra was amazing! Articulate, engaging and great knowledge of convent of Christ, Batalha monastery, and the Alcobaca monastery. We had a wonderful time and learned a lot. This was a must do tour and I highly recommend it."
Maryam (London, UK) Mar 2022

"Great journey across Tomar, Batalha and Alcobaca with No Map Tours. It was very informative and our guide was great! This is the best way to see 3 major monasteries, especially since they are very far apart. I'd definitely recommend No Map Tours and would request Sandra again!"
Jody (Toronto, Canada) Feb 2022

#3 of 471 of Transportation in Lisbon

Check out the BEST day trips from Lisbon, Portugal!

How many people will be on the Monasteries Tour from Lisbon?

Tomar, Batalha and Alcobaça Tour from Lisbon is a small-group tour. It's shared by up to 7 people plus the guide.

Which admission tickets are included on the Tomar, Batalha, Alcobaça Tour?

The Monasteries Tour from Lisbon includes admission tickets and guide to:

What is the Monasteries Tour from Lisbon cancellation policy?

Tomar, Batalha, Alcobaça Tour cancellation policy: Full refund for cancellations up to 24 hours prior to your tour departure.